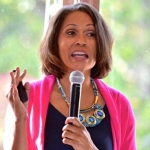 My parents went on a date and my sisters were asleep. I did it once and I said, ‘Okay, I won’t do it again.’ A few weeks later, they went out again, and once again, I said, ‘Why not?’

Shortly after, it came to me locking my door and seeing that I was changing.

I felt like, why would I watch something that may be putting their lives in danger? And I just didn’t want that, so I just want to say thank you so much for making a change in my life.” #WhyIDoWhatIDo

Just do it! Some people dream of success, while you’re going to wake up and work hard at it! Nothing is impossible!!! :D

NOT GOING TO STOP

You should get to the point where anyone else would quit and you’re not going to stop there! NO! What are you waiting for?! DO IT! :D

DO IT! JUST DO IT! YES YOU CAN! Just do it! If you’re tired of starting over, stop giving up! *super amazing pose* :D